In addition to the closure, the District Attorney’s office filed both civil and criminal complaints against the two owners of the company.

The legal claims came after a two-year-long joint investigation which found that the medical center lied on its business license, filed false insurance claims and billed customers for services it never provided.

Vamvouris, who created the business in 2004, has already agreed to a civil settlement in which he agreed to pay $400,000 in penalties, and $50,000 in restitution to an insurance company. Vamvouris is also banned from associating with or operating a similar type of clinic in the future.

Hamid, however, faces stiff penalties as prosecutors filed a criminal complaint against him accusing him of insurance fraud, perjury, filing false documents and conspiracy to dispense prescription drugs and controlled substances by nonauthorized personnel.

Hamid’s attorney, Ivan Golde, questioned the investigation Thursday and wondered why no patients have been listed as victims.

Golde said the investigation against his 75-year-old client was prompted by insurance companies and he said he does not believe Hamid should be the fall guy.
“This notion where the insurance companies are paying to have undercover cops go in and pose as patients to try to get doctors to do something irregular is wrong,” Golde said. “That is what this case is all about.

“Are there going to be any patients who testify or is it just going to be the vice squad?” Golde asked.

State business records show that Vamvouris and Hamid jointly owned the company with Hamid controlling 51 percent and Vamvouris 49 percent. But the investigation found that the business is actually fully controlled by Vamvouris, a fact that made its business license illegal.

In addition to the San Leandro location, As Soon As Possible Medical Center operated satellite offices in Fairfield, Vacaville and Hayward. All offices have been shut down.

“Ensuring safe and ethical medical practices in our community is a priority of my office,” O’Malley said in a statement. 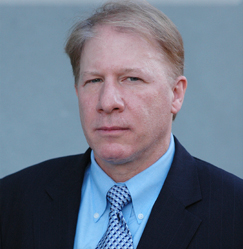